Marital Rape…. Is This Ok? Our Canadian Government Says It Is, As Long As You Don’t Know It Is Illegal.

Marital Rape…. is this ok? Our Canadian government says it is, as long as you don’t know it is illegal.

I admit this is a topic that I, as a modern day white Canadian woman have never really thought of. “No I don’t feel like it” means exactly that.

But I read this article coming out of Ottawa yesterday and it made me realise that maybe Canada, with our feminist Prime Minister and our belief in equality for all, has a dirty little secret.

An Ottawa man has been found not guilty of sexually assaulting his wife because of his honest belief that he had the right to have intercourse with her whenever he wanted.

In a written ruling, Ontario Superior Court Justice Robert Smith said the Crown failed to prove that the accused had formed the required criminal intent  to sexually assault his wife in 2002

I find that the accused probably had sex with his wife on many times without her specific, as both he and she believed he had the right to do so, Smith said.

However, the judge ruled the man not guilty of sexual assault, because the Crown had failed to establish that he knew his behaviour was in fact, criminal.

With this article being released on the heels of the #me too posts just a couple of days before, I think that there is a whole other aspect of #me too.  Marital rape. Especially, but not limited to other cultures that come here. I suspect this happens amongst all cultures and no one is talking about it. But a lot of the immigrants and refugees coming here do come from countries without laws around abuse of women, including raping your wife.

In the article, the couple in question is from another culture where laws are definitely not as progressive as our Canadian Laws. But as people living in Canada for while now, what concerns me is that he was not charged because of ignorance of the law.

Bill C-127 came into effect on Jan. 4, 1983, making sexual assault against one’s wife an offence. A wife can also charge her husband with aggravated sexual assault if the crime included a beating.

Now since when has ignorance of the law ever been a reason to not be charged for a crime? With our influx of immigrants and refuges from countries, where they do not have these laws to protect women, how much marital rape is going on? I am truly disappointed and disgusted in this ruling by the Canadian Government and I hope that it has not set a precedent for the future, if some of these women get brave enough to speak up.

As the Me Too day showed, a lot of women have been hiding secrets for years of sexual assault, and there is a lot of shame around it. Imagine the shame there would be around marital rape, where your husband is committing the crime, along with the fear of speaking up.

A lot of women, especially from other cultures do not know that they have every right in the world ( or at least in Canada ) to say ‘No, I’m not feeling it tonight’. But should a woman finally get brave enough to speak up and report the abuse, it is truly a disgusting thing when her husband gets away with his crimes because of ignorance of the law.

Our Canadian Government does not want to offend immigrants and refugees or appear racist in any way. I can’t help but think Billy who shows up to court with his ‘wife beater’ tank top and mullet may not have been given the same leniency, even if he has never read up on Canadian law and can say he is just as ignorant of the law.

But here in Canada and all of the Western World,  rape and assault are criminal offenses, raping and assaulting your wife are still very much illegal….and should be punishable even if you don’t know the law. Because when you are punished for your crimes ignorance of the law is no longer an excuse.

What am I thinking…. I am training for a marathon! 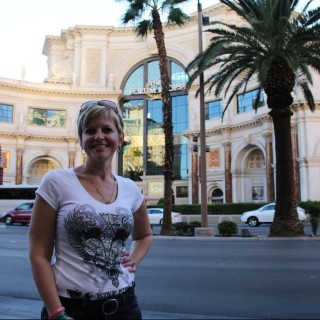